CRETAN COMICS is a new publishing house in Rethymnon, with interests no just on Cretan History and Mythology, but also on the island’s contemporary life, through the spectrum of Comic Strip narration and its unlimited expressive possibilities.
The goal is the creation of books both for those who know about Cretan history and those who don’t, mixing historical science with entertainment in an exciting combination. 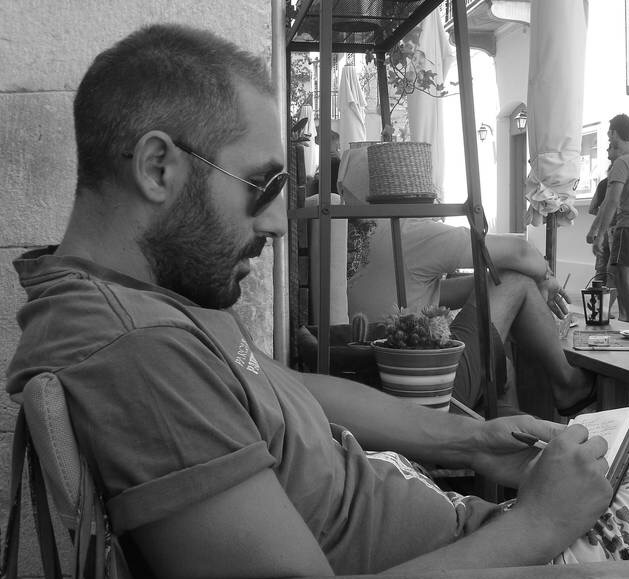 PANAGIOTIS GIAKAS was born in 1978 in Thessaloniki. He studied Fine Arts in Milan [Brera]. Works as political satirist at Rethemnos newspaper. He has illustrated many picture books and worked as newspaper comic-artist. He has many participations in Art-shows in Italy and Greece. Worked as art-instructor with children with special need and also teached scuplture in the Prison of Alicarnassus in Crete. Awarded for the Litterary contest of “Vima” newspaper, [a short story for the Crisis], and for C.Sfikas’ film “Kafkas’ Metamorphosis”[Critic’s Award, Thessaloniki Film Festival, 2008], where he worked as artistic director.